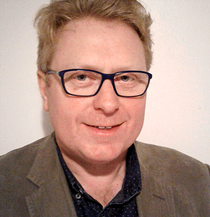 Awareness of our consumption is a first crucial step. I must report my water metering once a year for billing purposes, but the water bill, in contrast to my electricity or gas bill, does not show a history of the last three years to make me aware of a possible increase of my consumption. Moreover, more than half of my water consumption is not metered at all; we use rain water at home for flushing the toilets and for washing our laundry and many others tap ground water. So, how can we ever change our behaviour if we do not know how much we consume? By the way, we are currently discussing the introduction of a smart electricity meter; no such thing is even suggested for the water meter. Yet, such a smart water meter would help me to better understand the water consumption of – amongst others – my white goods … and my children.

I have found national statistics on the global drinking water consumption, indicating a 2% decline over the last ten years. Yet, the data cover only a part of the water consumption as substantial flows are not metered at all. But I could not find a water balance of our country, comparable to the national energy balance. Developing such a water balance would however present a global picture of our consumption in all sectors and for all purposes and would highlight the areas of priority for first action. It also would be a basis for national targets on water efficiency improvements; the starting point of a water efficiency policy package.

The second step is offering consumers the choice for less water consuming devices. One can nowadays indeed find, for instance, a toilet with a sink on the top, next to conventional toilets. (This kind of toilet typically has a small sink on top of the water tank. The water from the hand wash drains into the tank and is used to flush the toilet - Try to make a search on internet for "toilet with sink on top" and click "images" if you haven't seen one before). The energy label for – amongst others – dishwashers and washing machines indicate the annual water consumption, a demonstration of the effect of the Eco-design directive. However, a ranking in water consumption classes, as for the energy consumption, is not yet included.

A third step is stimulating the end-consumer to opt for the less water consuming devices. Yes, indeed, I can remember some sensitisation campaigns promoting such devices, but granting subsidies or tax reductions would be more effective. No such incentives are offered by our government, in contrast with subsidies for energy efficiency measures or renewable energy investments. A more drastic measure would be a ban of the least economical devices. Still, toilets without a second water saving button are for sale and the obligation to install a rain water sink when building or renovating a house is not implemented for water economy considerations but for preventing floods.

A fourth step is involving actors in the supply chain as intermediates to approach the end-consumers and to help them optimising the water bill. Examples of such policy instruments in the energy sector are energy efficiency obligation schemes for energy retailers or distributors. These are widely discussed in the European Union, especially since the 2012 energy efficiency directive obliges its implementation (or alternative measures with a similar effect) in all the member states. Other examples are voluntary agreements, in which sector organisations agree with the government on a programme to foster energy efficiency in industrial companies willing to participate in return for some compensation. No such initiatives in the water sector to date …

Other columns by Erwin Cornelis