Shame our kids or change the system? 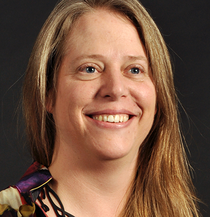 Our children are asking us to take responsibility for our mistakes, are asking us to finally stop talking and start acting. They ask us to change the system so that they have a brighter future. In several countries thousands of children are walking the streets on a school day, protesting against the future we are creating for them. They follow the lead of one brave girl that started this climate strike.

My daughters, eleven and thirteen years old also decided it was time to have their voice heard. Thursday February 7th they took the train to go to the first youth climate strike of the Netherlands. We were not sure if the schools would allow them to strike. Our minister for education said he did not approve, he did not see this as a strike but as kids skipping school. If the kids really wanted to strike they could do it in their weekend. The school heads however, where smarter than that. They acknowledged the true nature of this movement and they stood behind their kids, and thought this should be supported by schools since their job was also to help children grow into critical and independent thinkers, only asking for a motivational letter beforehand.

The organisers expected and hoped for a few hundred kids to gather. More than ten thousand did, and marched to the parliament to ask for more stringent climate action. I was so proud, so moved, I felt so much hope accompanying them. My youngest said to me: we are now all family in a sense, we all want the same. I felt the power of community building at work.

And then…. On social media a trunk load of negativity was spilled over these kids. They commented on the motivation, most of these kids were surely just doing this to skip school. Sure, these kids travelled, sometimes hours, by bus, train, to go to a cold, windy field, wait for a long time, walk a long way, to travel back home.

Another strand of negativity was about the slogans the kids the used. Creative slogans like “the climate is hotter than my girlfriend” or “I am sure the dinosaurs also thought they had time” were clearly, so it was argued, exemples of the lack of seriousness of the kids. And slogans such as “why go to school if I have no future?” and “why go to school if our leaders do not listen to science?” were said to have come from parents, not kids. Others dispersed fake news, with pictures of the streets after a night out, saying this was how the kids left The Hague after the march. But the worst was what part of the news stations did. When reporting about the climate march they interviewed kids, asking them if they did something for the climate themselves, and then mostly reported on kids saying they tried but still went on holidays far away, or took long showers. And then reported on the many kids that went to fast-food chains for lunch.

Somehow, in a few hours, this powerful movement of our new generation met another powerful movement, the incumbent regime’s response to threat: individualizing and shaming. The rhetoric that was used was that climate change was no longer about changing the system that forces so many of us into unsustainable practices but about these kids that make the wrong individual choices and therefore cannot be serious about the climate.

Responsibility for climate change was no longer with the incumbents and thus the adults, but with our kids!? My first reaction was being appalled. But my kids took the challenge. Change the system so that we can make the choice we want! they shouted to the television. And this is what they will shout again at the next march. The transition researcher in me then and there realized: this is when and where it happens. In us, through the kids.

I take the challenge and will march again, with all these kids. I hope you will march too.