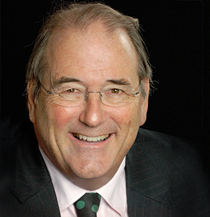 We in the UK and in many European countries have rightly been celebrating the remarkable shift in how we generate electricity - as well as in the decline in the amount we waste. Across thirty years we have moved from coal generating 80 per cent of our power to zero per cent for much of this year. Year on year, we have been consuming less and less energy.

But there is a truly giant exception to this progress. And that is the country which is already the world's greatest emitter of greenhouses gases. Last year coal-fired generating capacity in China expanded by a massive 37GW.

That was even despite many elderly plants closing, and a gradual drop in coal's overall market share across China. These 37GW are far more than the overall amount by which coal-fired generating capacity grew globally. In other words, absent China, coal fired electricity generation would have fallen right across the world.

Even more worryingly, there is now an inbuilt bias within the Chinese system that is encouraging still further construction. Right now China has some 135GW of additional coal power capacity either permitted or under construction, according to Global Energy Monitor.

The drive for constructing these new solid-fuelled power stations has largely been encouraged by regional and provincial governments within China. Back in 2014, in a bid familiar to many Western societies, Beijing made an overt effort to devolve decision making from the centre. Local officials were given far greater freedom to approve construction of larger plants. This was grabbed with gusto. By 2016 enough new plants had been granted planning permission by regional governments to expand China's coal-powered generation by a quarter.

Subsequent attempts to claw back powers to Beijing have fallen foul of arguments about damaging local economies benefitting from the extra construction activity, and subsequent employment opportunities. This means that there are a growing number of places where - despite concerns about local air quality - coal-fired generation is still being seriously championed.

Simultaneously, China's big state-owned generators, that have long been operating coal-fired stations, have also been investing - with maximum publicity - in producing more electricity from renewables. Consequently there is now a significant glut of power generation.

China also did have a big drive towards improving the efficiency of energy usage. During the first decade of this century, its energy intensity improved remarkably. Whilst its GDP tripled, China's consumption levels only - if 'only' is the right word to use - doubled.

But in recent years GDP growth has slowed down. And the Covid-19 pandemic has augmented desires to set the economy growing as fast as it used to.

Of course there are important voices in China anxious that such activity is made in as environmentally friendly a way as possible, mirroring the European Union's impressive Green Deal initiative.

But the enormous expansion of coal-fired generation already underway does inevitably mean that, throughout China's regions, there are now more vested interests likely to be distinctly antipathetic to any swift moves to decarbonise the Chinese economy further.

Other columns by Andrew Warren