Should Europe care about appliance efficiency in Africa? 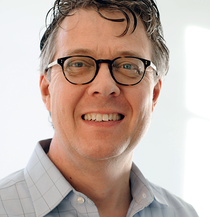 Yesterday I attended a truly exciting Summer Study side event sponsored by CLASP. Conference delegates were asked whether Europe can get inspiration from Africa on our path towards sufficiency.

What happens in Africa is highly relevant for Europe, and for the world. Let’s start with a graph that was an eye-opener to me. The share of renewables in the electric system in a number of African countries. Look at Kenya, Ethiopia and Namibia; renewables supply 90 to close to 100 percent of the electricity in their systems. And their respective share of global green-house gas emissions is barely visible in the chart. 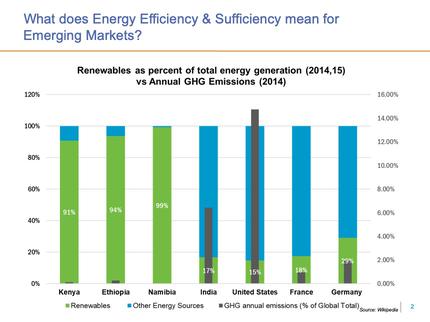 These countries have a very low electricity consumption per capita, compared to OECD countries, corresponding to a very low consumption of electric-related services. In most of the countries, the grid connection rate is also very low – today, about 600 million people in Africa lack access to electricity, half of the population of the continent. The pessimist could just say, “sure, let’s wait until they start use more appliances and get wealthier, and then they won’t look so good”. But does it have to be that way?

Let’s start with off grid appliances. Only four percent of Africa’s households have access to a refrigerator – in our part of the world, we see refrigeration at home as a basic need for all. And lighting: almost all households in Africa have some sort of lighting, but it is often a kerosene lamp or a candle. This is expensive, gives poor light and is bad for your health. Again, in our part of the world electric lighting is practically a basic right.

Refrigeration, lighting, TVs – I am actually not sure what to call the service provided by TVs – and possibly soon cooking… These are all basic needs that can be supplied affordably and efficiently through both on and off-grid / micro-grid systems. By expanding these services to millions of new households through off-grid systems, we hedge against drastic increases in carbon emissions while providing basic human needs.

CLASP and other organisations work with issues such as quality assurance, testing, policy measures, finance and business development to get these systems out in the market place and to the end-users.

There is “slim chance” of that goal – and the Paris climate target – being met without an energy efficiency revolution, according to Makena Ireri, the East Africa senior associate for CLASP, who spoke at the seminar. So if we can’t get energy efficiency right, we’ll lose that battle in Africa as well in all other parts of the world.

Products too inefficient to sell in the US, Europe or China are often dumped in African markets. This practice may be illegal in some African countries, but limited market surveillance and enforcement means the situation doesn’t change.

So if we indeed can get energy efficiency performance standards and labelling right we can achieve a lot. This would also have a huge impact on European and other regional markets. There would be few areas left where unscrupulous companies would be able to dump poor quality, inefficient products.

Paul Hodson, the former head of the European Commission’s energy efficiency unit and thus the person who ultimately was in charge of ecodesign and energy labelling in the EU, added that quality and performance requirements and compliance work could help open up Africa to quality manufacturers in Europe who can’t compete in those markets today.

For this to come true, we need resources and coordination.

Finally, what about sufficiency? I think Africa illustrates a mirror of the European situation. It is reflected in eceee’s energy sufficiency doughnut where it is not only about having a tiny, tiny carbon or environmental foot print – then all would be OK in many places in Africa and it is not. The sufficiency doughnut concept is about living within a “safe zone”, illustrated by the doughnut: You shouldn’t end up in the hole in the middle, without sufficient services to live a decent life, or living far outside the doughnut consuming so much services that there is no space left for those who have next to nothing.

A friend of mine also pointed out another perspective of sufficiency: many African countries really know how to deal with scarcity. Namibia and South Africa, among others, have had extreme droughts and still manage somehow to cope with that. The people in the Cape Province have all learnt to use a minimum of water to supply their basic needs. They just had to. Here, and in many other areas, we have a lot to learn.

All views in columns are those of the author.